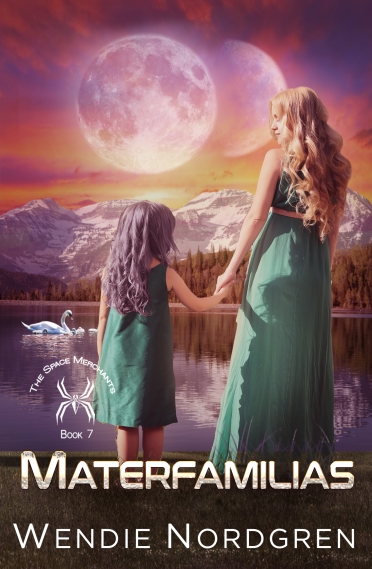 Hidden within the darkest reaches of space, they watch.

The peaceful reprieve for which Teagan and the Empire have fought ends before it begins. Fear, suspicion, and distrust carry with them dire consequences of universal magnitude as the Parvac Empire and Galaxic Government prepare for war. However, is it some unknown political faction that is attempting to destroy their burgeoning peace, or is it the work of an alien species which threatens them all?
When Teagan accepts a secret spy mission to learn the truth, her participation creates civil unrest among the Empire’s citizens.

Soon, everyone will learn the true power of the Materfamilias Caste.